A+ A-
Print Email

Every Football Fans Are Excited About The World Cup In Fact, The Whole World Is Excited About The Biggest Sports Event Of The Year. The 21th Edition Of This "Greatest & Prestigious" Tournament Is In 'Russia', They Will Host This Event In 11 Venues, So Let Us Know The Top 3 Unkown Facts About The FIFA World Cup Russia 2018.

The Russia Is The World Largest Nation With - 17,098,242 Sq.Km Of It's Area, Is Hosting The Tournament For The Very First Time, The Entire Nation Is Happy & Excited For The Event, Before "Russia" , "The United States Of America" Was The 'Biggest & Largest' Nation To Host This Great Event In The Year 1994, Where The "Brizil" Won Their 4th World Cup Title.

The Zimbabweans Football Team Is One Of The Best Teams In The Africa, But Sadly They Were Not Given An Opportunity To Take Part In The Qualifying Round For The World Cup 2018 Russia. The Reason Behind This Was That The "ZIFA" Failed To Pay The Coach Fee To 'José Claudinei Georgini', You Can Check The Full Details On This By Clicking The FIFA Offical Link Below.
Check The Full Details

Though It Is Not Easy To Visit 'Russia' But If You Want To Fly Russia As A Spectators During The Tournament, You Can Visit Without Much Of A Trouble, According To Statement Published By The "Russianembassy.org" Which Stated This-

"In accordance with the legislation of the Russian Federation, entry (exit) of foreign citizens and stateless persons arriving in Russia as spectators for sports events within the framework of the FIFA 2018 World Cup (will be held from June 14 to July 15, 2018 in the cities of Moscow, St. Petersburg, Sochi, Kazan, Ekaterinburg, Kaliningrad, Nizhny Novgorod, Rostov-on-Don, Samara, Saransk, Volgograd), is carried out without issued Russian visas.
However, in order to be admitted to Russia foreign citizens/stateless persons must have a valid identity document (“tourist” passport) and a “Personalized card of the spectator” also known as a “Fan ID” (passport sample, electronic form sample). "Fan ID" holders are permitted to stay on the territory of the Russian Federation from June 4 to July 25, 2018." (Courtesy - Russianembassy.org)

So We Feel That This Post Was A Helpful & Informative One, You Can Always Share Your Thoughts On The Comments Section Below, And Before We Leave, We Will Share With You The Brand New " The Coca-Cola Anthem Song For The FIFA World Cup 2018, Russia By Jason Derulo".

(Courtesy - Jason Derulo)
Thank You For Your Precious Time For This Post ☺.

How Can WooCommerce Popup Cart Plugins Increase Sales? Have you ever wondered why you keep seeing popups on giant e-commerce sites? That&#... 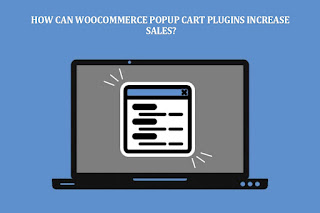